Dating of The Mahabharata

We give you documentary evidence for the dating of the Mahabharata war to 3067 BCE in these four films.
This film has over 1.5 million views on the internet and has been dubbed in several languages. It has been shown across the world in many principal cities, in screenings to standing ovation.
It has been shown in Hindi on Live India in 2011 for a period of 6 months

Live India footage from 2011 in Hindi of Krishna History or Myth:

These are short films which narrate the evidence for Krishna and date the Mahabharata rather successfully:

The second workshop in Birmingham at Geeta Bhavan:

The second “Dating of the Mahabharata war” workshop took place at Birmingham at Geeta Bhavan today.

Thanks to the organisers for the huge turnout for this workshop, around twice as many people turned up this time around.

While the workshop was adjourned for lack of time, I was pleased at the crowd interaction this time around.

Hopefully I have taught everyone present that the war can never take place on an Amavasya at least.

I ended up signing autographs on Dr Achar’s books, we distributed at least 70 copies free again.

Thanks to all those who came from London and Leicester too. Hopefully next time, I will hold the workshop in London. 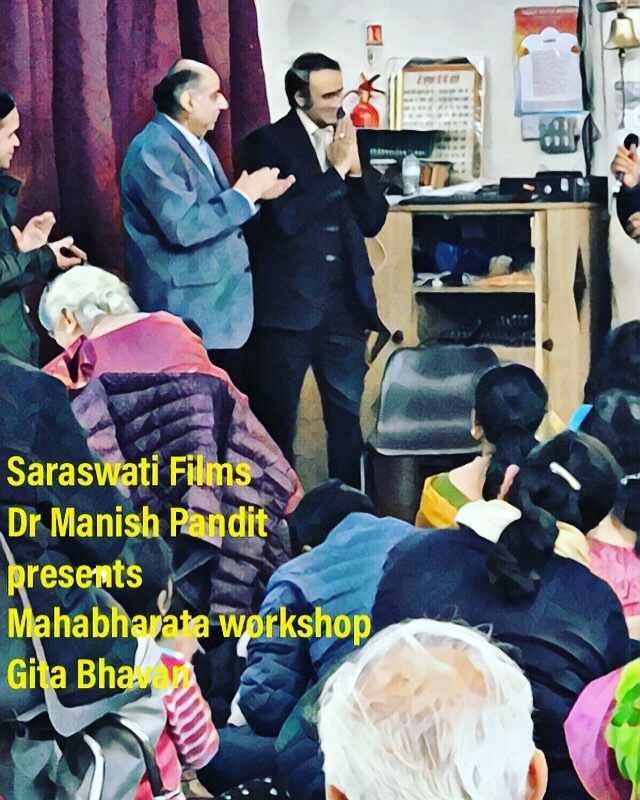