The internet is rife with images of Kali. While some of these fit the precise criteria of whether an image is Dakshina Kali or not, very few indeed fit the criteria of Smashana Kali. Still others somewhat mislabel the two while some images show a definite influence of Tara in the paintings of Kali.

So, to elaborate further, lets look at the Dakshina Kali which stands in the Dakshineshwar temple in Kolkata. We can clearly see that Ma Kali stands with

Now, lets look at Smashana Kali: (This is drawn by Raja Ravi Verma) 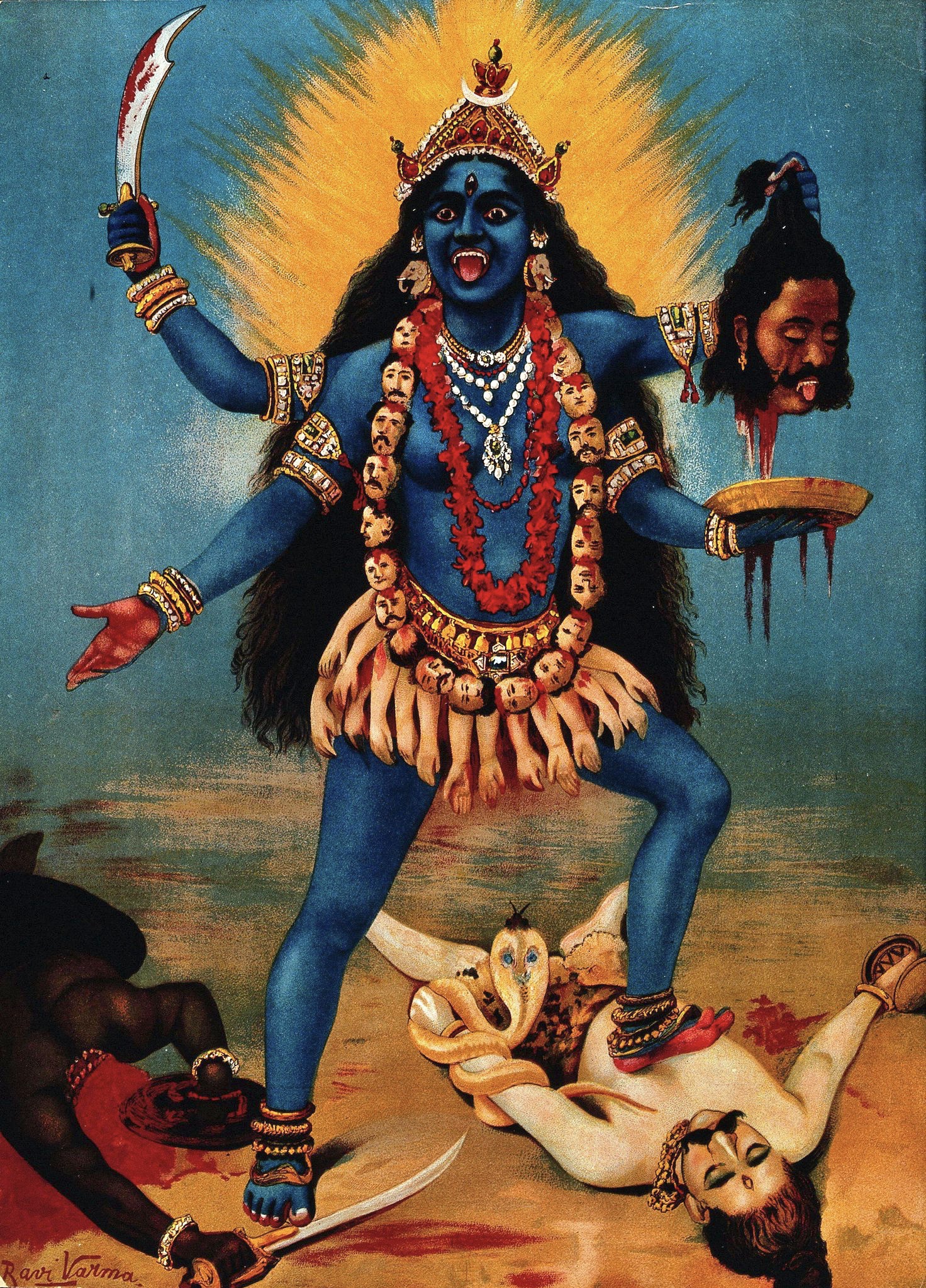 What could possibly be the meaning of this difference?

Its important to note that the transformation caused by Kali by Her foot touching the heart is anyway going to be very very sudden and sharp, quite disturbing indeed, as She is an Ugra Devata.

However, even within this Ugra or Fierce and Fast transformation into Shiva, the form of Dakshina Kali is gentler (as gentle as Kali can be) and the right foot touching the heart symbolises that.

With Smashana Kali, its the Left foot touching the heart and that transformation is very violent…

An interesting form of Kali:

There is a form which I saw around 10 years ago on the internet which is quite popular now and which many Tantrikas worship as Dakshina Kali, but the iconography doesn’t exactly fit as the left foot is causing the transformation, moreover the feet are arranged in a way almost like how the great Goddess Tara steps upon Shiva in Her popular descriptions. I think that this image is painted by somebody from Assam who has a very definite influence of Tara. The sword is otherwise in that left upper hand and other characteristics of the painting are those of Dakshina Kali. However, the dark colour of the skin and other characteristics give it away as Kali. I originally labelled this image as Tara Kali for want of a better name. 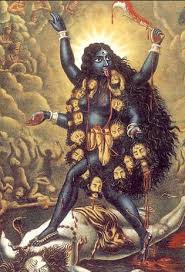 Other descriptions of Kali:

The Saptashati Durga in addition describes Kali as emerging from the frowning brow of Durga and laps up the blood of the demon called Raktabija which gives us one idea about the form of Kali called Chamunda. 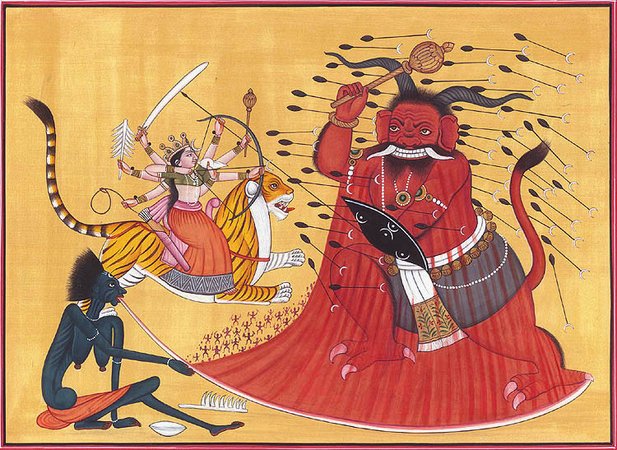 Other forms of Smashana Kali such as below can be differentiated by: 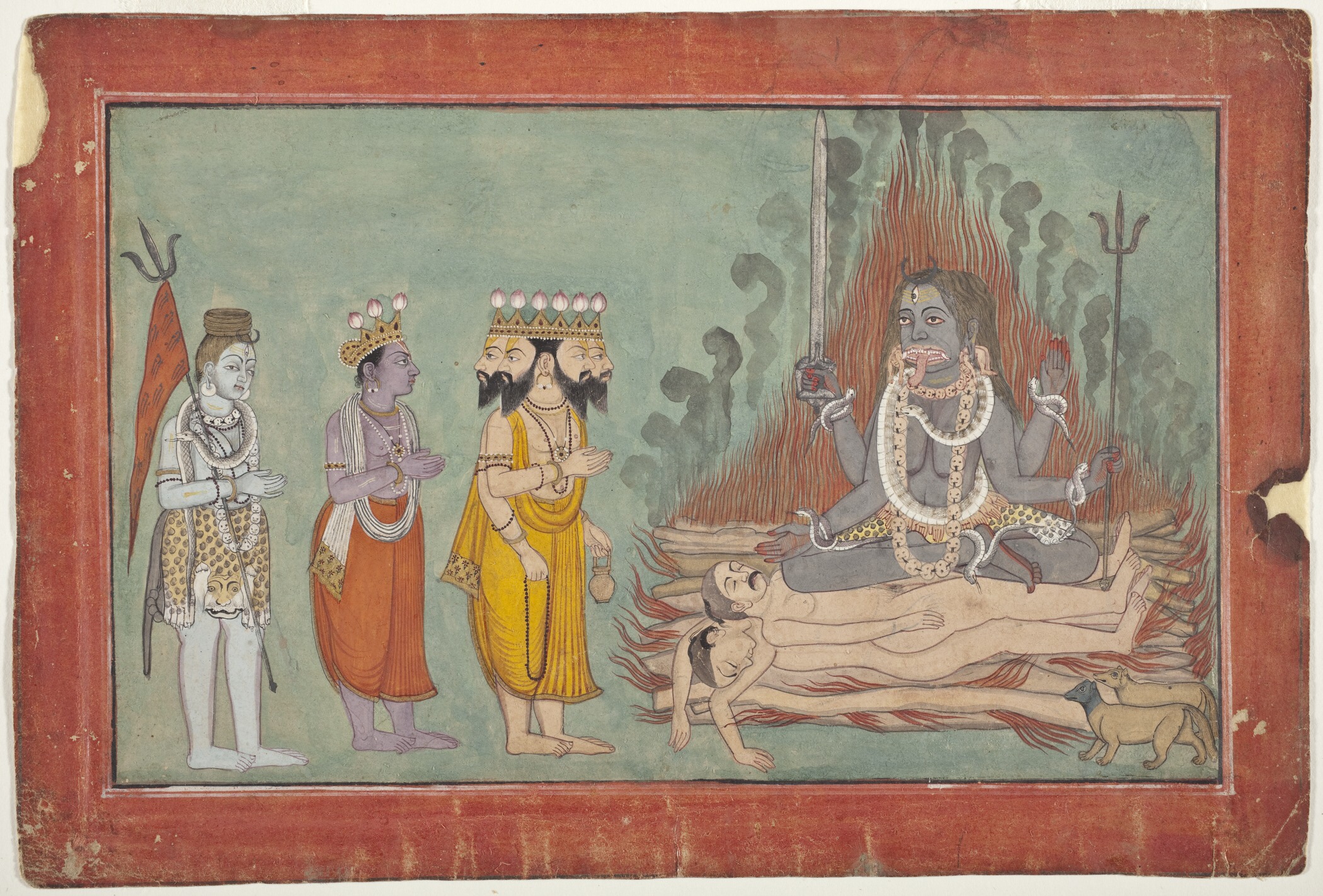 In addition there are 8/12/21 traditional forms of Kali and these are:

In addition Raksha Kali who protects from disease and epidemics and other forms are mentioned…. Atharvana Bhadra Kali is a specific form and more related to the Pratyangira school which is within the Poorva amnaya and Kamagiri Pitha of Sri Vidya group of Deities which is outside the scope of this particular blog post.

Hadi, Kadi, Krodha adi, Vaagadi, Nadi and Dadi krama mantra classifications are typically mentioned in the texts of Tantra and each has their own peculiar Dhyana.

To read my slowly updated Jyotish blog, do read

To read my blog on Astronomy and Mathematics in ancient India, do read,

To read beautiful link to MumbaiGirl’s blog on filmmaking:

To read my blog on Indian National Security go to: nationalsecurityonline.wordpress.com

For a greater perspective on remedies for Saturn affliction do read:

A link to the well known blog on False Flag/ Selective Intolerance:

2 Comment on “Iconography of Smashana Kali vs Dakshina Kali”

This site uses Akismet to reduce spam. Learn how your comment data is processed.